> Welcome to HEABC > Resources > Health Care Workers in BC > Licensed Practical Nurses (LPNs)
Text Size: A A A

There are 8,300 Licensed Practical Nurses (LPNs) in BC who care for clients in a variety of publicly-funded health care settings. The combined total straight-time (not including overtime) hours of work is equivalent to 5,004 full-time employees. Most LPNs work in acute care settings (65.1 per cent) and in long-term care facilities (24.7 per cent).

In 2013, the Government of BC passed legislation – the Health Authorities Amendment Act – transferring all LPNs from the Facilities and Community bargaining associations into the Nurses’ Bargaining Association. The majority of LPNs used to be covered by the Facilities Subsector collective agreement. Wages and benefits
The average annual compensation for one full-time LPN is $76,400 or $39.20 per hour, including wages and benefits. Since 2006, LPN wages have increased by 27.1 per cent while the rate of inflation (BC Consumer Price Index) during this period was 11.9 per cent. 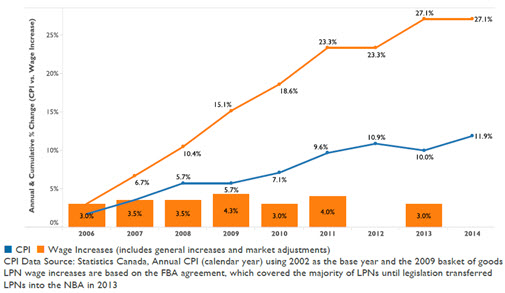 Compensation breakdown for a full-time LPN (2014) 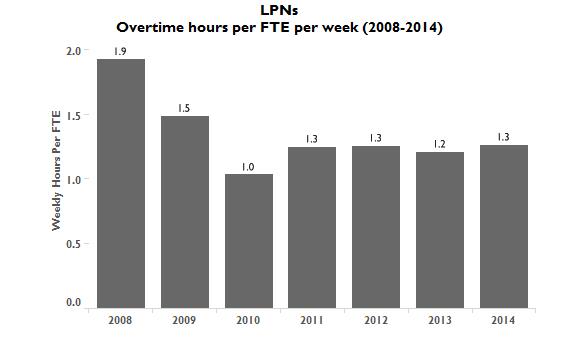 Compensation figures are based on 2014 data and have been adjusted to account for 2014/2015 labour cost adjustments.