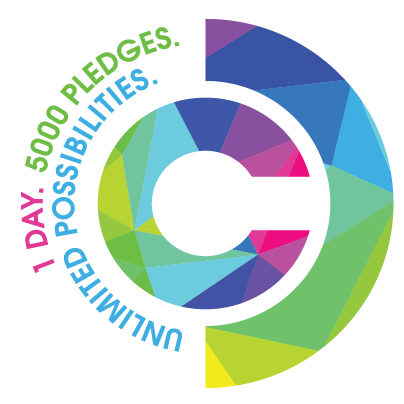 It’s coming. It’s going to be huge. And BC’s health employers will play a big part. It is Change Day BC 2017.

Change Day is a global movement started in 2013 by the National Health Service in England. Countries from all over the world have since launched their own change days, spreading the energy and excitement to improve care globally. In total, over one million people have made pledges.

The focus of Change Day is an invitation for anyone involved in health, social and community care to commit to making a change or trying something new that will somehow improve care. Pledges are voluntary and can be big or small and can be related to any topic. They can be related to system change, or be about individual, personal actions.

Change Day BC is coordinated by The BC Patient Safety & Quality Council with the support of partner organizations across the province including HEABC, health authorities, the Association of Registered Nurses of BC, CMHA, several Divisions of Family Practice and numerous other health, community and social services organizations.

Change Day BC 2017 is being officially launched with an online web event September 7, 2017 at 12:30 p.m. featuring HEABC President & CEO Michael McMillan. Open the link above to add the event to your calendar and join others who are passionate about change for the online launch September 7.

Recipients of the 11th annual BC Health Care Awards were announced today at a gala luncheon in Vancouver. Twelve Gold Apple and six Award of Merit recipients were honoured. For more information please see the Media Release.

The Health Employers Association of BC (HEABC) invites you to attend the 11th annual BC Health Care Awards, Monday, June 26, from noon to 2 p.m. at Vancouver’s Fairmont Waterfront Hotel (Waterfront Ballroom). The awards will be hosted by former BC Health Minister George Abbott. For more information please see the Media Advisory.

Winners will be announced at a gala luncheon in Vancouver on June 26, 2017. For more information please see the News Release.